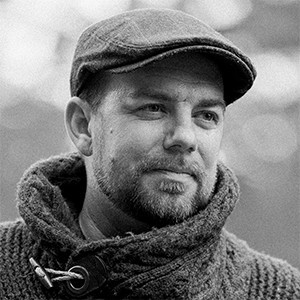 As a designer and developer, Nate has used his diverse skillset professionally for creating award-winning websites, 3D visual effects, print, interactive multimedia, and fully animated and interactive e-learning modules. His background led him into a career as a user experience (UX) designer for B2B SaaS products, where he developed deep research skills and powerful empathy for users. He has a solid traditional, digital, and 3D art background fused with an extensive programming education and experience. This talent makes him uniquely creative with a passion for building immersive experiences for virtual reality(VR) and augmented reality (AR).

He later returned to school and graduated with a Diploma of 3D Animation and Visual Effects from Vancouver Film School in June 2006 with a specialty focus in Visual Effects. He graduated with a Directing, Visual Effects, and Technical Director demo reels and was one of the first students to leverage talent from 5 departments across the school to collaborate with him on his final project, which involved over 30 students. He was also the director of the class animated short story project where he directed 30 classmates to build a fully 3D animated video based on a children's novel.

Nathanael won multiple Silicon Valley Addy Awards 3 consecutive years in a row for work on interactive marketing flash sites for EA on titles such as:

THERE ARE MANY WAYS TO BRING YOUR VISION TO LIFE

I could provide a huge list of applications I'm proficient in but software changes very rapidly these days and we all change with them. So instead here is a list of the years of experience I have had with each of the different broad topics of study.

Helped to shape the user experience across 10 different web applications focused around the creation, payment, and cash application of bills electronically.

Created 3D animations and visual effects shots for local film companies to include in TV shows. Also created a number of websites, e-commerce sites, and interactive CD-ROMs for local businesses and clientelle.

Worked in a variety of locations on tasks like graphic design, offset printing, oversize printing, and high volume printing and production.

Are you impressed with my work?

start building your next project with me